Can Oral interviewed by David McWilliam about 'Stygian' 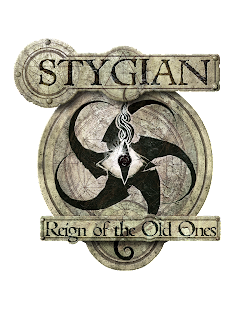 Can Oral is the Lead Designer and Creative Director on Stygian: Reign of the Old Ones for Cultic Games. Cultic Games is a newly-established independent game development company from Istanbul. Team Cultic is comprised of multi-disciplinarian members from the video game, film, and music industries. Cultic Games is very aware of its role in the coming apocalypse and is crafting Stygian with the utmost care.

Prior to taking on this role, Can was a film director by trade. He has written and directed several award-winning short and medium length films along with commercials and music videos for the last twelve years. Can has been interested in video game design since the days of C64 and was considered for various roles in companies such as Bioware and worked in Riot Games as a director.
Stygian: Reign of the Old Ones is currently on Kickstarter.

DM: What is your pitch for Stygian: Reign of the Old Ones? Why have you taken it to Kickstarter?
CO: Stygian is a highly thematic, narrative computer role-playing game which takes place in the nightmare worlds of H.P. Lovecraft. We are developing a multiple-choice role-playing game which not only serves the themes of Lovecraft in storytelling and presentation but also in game systems and other design approaches. I am an avid role-player myself and I can say that I came across very few interesting settings in computer RPGs in the last decade or so. With Stygian, we also ask are we condemned to settings like sword and sorcery or space opera in CRPGs? Do we have to take a part in the war between good and evil eternally? Can't we choose fragile and flawed beings as player characters instead of heroes?

This is a pitch which may look a little risky from the perspective of a publisher. With Kickstarter, we opened our imaginations, visions, and our prototype directly to the players. Now it's up to them to continue the dream (or the nightmare) we've formed.

DM: Are there CRPGs that you particularly admire and take inspiration from? Or do you draw more from the imaginative worlds created for pen and paper RPGs?
CO: I can say that we draw from both worlds. At the CRPG side, we have been analyzing titles of the early 90s like Dark Sun and Ultima Martian Dreams to the more contemporary CRPGs like Pillars of Eternity and Shadowrun. We aim to create a unique experience with Stygian but we are very interested in how other teams crafted their worlds, created a sense of progress, approached their systems, etc.

I believe if you know where to look and have some patience, you can unearth incredible mechanics, approaches, and solutions from the history of CRPGs. On the other hand; tabletop role-playing, with its endless variety and freedom, is also an equally productive exploration field for Team Cultic. I can easily name settings like Ravenloft, Planescape, Dark Sun, WoD, Nephilim, Call of Cthulhu, and such among my pen and paper inspirations for Stygian. 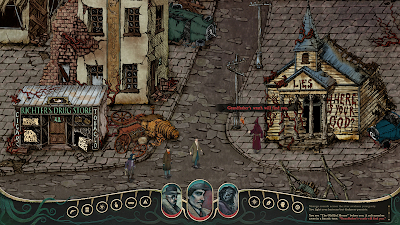 DM: The cell-shaded art for Stygian is highly distinctive. Why did you opt for this approach?
CO: Lovecraftian horror takes its strength from the unknown. We are developing a turn-based, axonometric game, so we are risking showing all these strange, vague entities to the player. This was a challenge from the beginning. I decided to go for an authentic art style which is reminiscent of book illustrations instead of an approach which tries to duplicate reality. This way, I aimed to create a reflection of the indescribable nightmare actuality the player is facing, thus leaving space for your imagination while honouring the illustrations of the pioneering pulp magazines such as Weird Tales. Also, I have to admit that I have a soft spot for outlines!

DM: Although the game begins in Arkham, it has been transplanted into a much more hostile, alien environment. How does this build on H.P. Lovecraft's stories and distinguish the game as its own entity?
CO: H.P. Lovecraft emphasized humanity's fragility in the face of a cosmic threat and our inescapable demise when the Great Old Ones awaken, but he never described the actual apocalypse. Our aim is to create a supernatural post-apocalyptic anti-utopia which is being ruled hand in hand by the Mob and the Cult in the absence of the proper institutions after the fall of society in Arkham. We wanted to isolate the iconic town of Arkham in a limbo between dimensions to be able to create a pocket plane, which we intend on filling densely with figures and entities of terror. We take our inspiration from the social reality of the period in which Lovecraft wrote as well as his work to create the devilish status quo of our Arkham. So I can say that we are interpreting a lot while respecting the actual canon.

DM: This is a very unusual take on post-apocalyptic settings and reminds me somewhat of Curst in Carceri from Planescape: Torment. However, it feels as though there is more of a sense of slow-burning dread than a frenetic fight to save the town. How have you approached pacing in Stygian?
CO: A very true observation. Stygian's human characters have already accepted their doom. The surviving folk in Arkham lost any hope of seeing the sunlight or their loved ones again long ago. Most of them also lost their minds while trying to face this unbearable truth. Others struggle to hold on to their miserable existences by going to the extremes, whether in belief, in pleasure, or in power... The pacing of Stygian will come from the player character's urgent need to reach the mysterious Dismal Man before losing his tracks forever.

DM: Without wanting to spoil too much of the story, can you hint as to who the Dismal Man may be and how he is linked to the fate of Arkham?
CO: This may mean giving major spoilers David, but let's analyze the data we have at hand together. In his/her prologue, the player character meets this peculiar fellow called the Dismal Man and he says one thing: “Find me beyond Arkham after the Black Day”. This means he was aware of the coming events like the awakening of the Old Ones and the isolation of Arkham from our dead world. Is he a mere watcher of the events, or an actor in this scenario of cosmic dread? You will find the answers in Stygian. 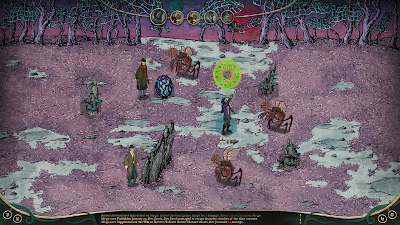 DM: The combat system is very reminiscent of the Heroes of Might and Magic series. What are your reasons for making this choice and how large a role will combat play in Stygian?
CO: It was the perfect choice for our combat system considering Stygian's miniature-like perspective. Also we are all HoMM 3 fans here in Cultic Games and were very eager to add elements like action points, cover mechanics, and sight to the already proven, addictive Heroes formula. I personally spent probably thousands of hours playing the Heroes series.

DM: Stygian is described as a game of horror, madness, and loss. How do you explore these themes while allowing the player to make progress?
CO: We like to emphasize that Stygian is not about winning, but about “enduring” in terms of progression. From the beginning, we wanted our players to feel the sense of progression in continuing the journey somehow, rather than owning the game's meta. If you are alive, not completely insane, and still going, that is progress in Stygian. I believe there is a survivalist (and maybe a bit masochistic) satisfaction in that kind of design and balancing approach.

DM: Now that Stygian has funded, can you elaborate on the upcoming stretch goals? If the campaign picks up lots more backers in the final few days, do you have any really major additions that you would like to make to the game?
CO: We are very excited about the possibilities. Our first major stretch goal is the Dreamlands. It will add a unique questline to the game along with a bizarre, surreal landscape, which you will be able to enter only by resting. In this vague and blurry quest-line, you will try to reach the memories of your ancestors in the strange realm of dreams, thus witnessing their sins and struggling to redeem them. The Dreamlands will add adventure game mechanics to Stygian while giving an edge to the familiar “progress-rest-progress” formula.

Thanks a lot for your thoughtful questions, David! It was a pleasure! 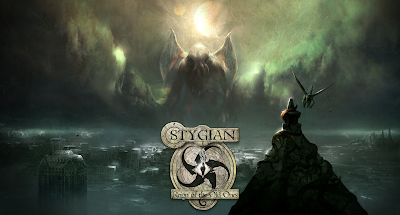